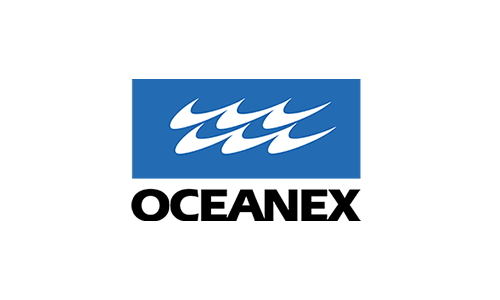 Oceanex Inc are leaders in intermodal transportation services to the province of Newfoundland and Labrador, Eastern Canada. Originating in 1909 the company and predecessor companies have been providing this Atlantic Canada service for more than 100 years. Oceanex was formed in 1990 through the merger of Atlantic Container Express Inc. of Montréal and Atlantic Searoute Limited Partnership of Halifax. In 1991, a marine terminal operator in Newfoundland merged its operations into Oceanex, creating a major integrated transportation infrastructure provider in Atlantic Canada.

In 2001, Oceanex opened a state- of- the art terminal building in St. John’s, bringing its operations staff into one facility. In 2005, the Oceanex Avalon, a newly constructed container ship was added to the Oceanex fleet, offering a once weekly (ice breaking) service from Montreal to St. John’s.

In 2007, the company was privatized and since then two new terminals have been opened in St. John’s, Canada enhancing the dispatch of cargo from St. John’s throughout the province – equivalent to about 45% of all cargo brought to the island. The Oceanex Connaigra is the largest Canadian flagged ConRo ship in the country and one of the most environmentally friendly ships in the world, custom designed to provide a continuous, year-round service to the province operating on a fixed weekly schedule.

Hussam Labib, Marine Safety, Quality & Environment Manager commented, “We are very pleased with the capability Hazcheck Professional has given us to check our loads quickly and efficiently. Much quicker than with other systems and procedures we have used in the past. It really has taken the hard work out of processing our dangerous goods shipments.”

Hazcheck Professional  provides container line operators with confirmation at the point of cargo booking that DG shipments comply with the requirements of the IMDG Code. These checks are executed in a fraction of the time required for manual searching in the regulations and with maximum reliability and accuracy. Hazcheck Professional then supports stowage and segregation on board and produces the dangerous cargo manifest required by ports en route.

Hazcheck IMDG for Intranet is for organisations requiring the Amendment 40-20 IMDG Code to be available throughout their global operations, hosted on their own intranet server.