MARPOL on the Web

The International Convention for the Prevention of Pollution from Ships, 1973 (MARPOL Convention) is concerned with preserving the marine environment through the prevention of pollution by oil and other harmful substances and the minimization of accidental discharge of such substances.

Its technical content is laid out in six Annexes, the first five of which were adopted by the 1973 Convention, as modified by a 1978 Protocol. These cover pollution of the sea by oil, by noxious liquid substances in bulk, by harmful substances in packaged form, by sewage from ships and by garbage from ships. Annex VI was adopted by a further Protocol in 1997 and covers air pollution from ships.

A purchase of MARPOL on the Web (S520E) provides a yearly subscription to the MARPOL Convention with amendments. (in English only).

It provides users with access to:
– Fully amended and up-to-date text
– Amended automatically whenever amendments come into force
– Amendments ratified but not yet in force are shown separately
– Logical and easy to understand indexes
– Cross referencing with hundreds of internal links
– Clear tables for easy reference
– Searchable.

A two day trial is available

MARPOL is part of the IMO Vega suite of products.

Find out more about MARPOL Convention 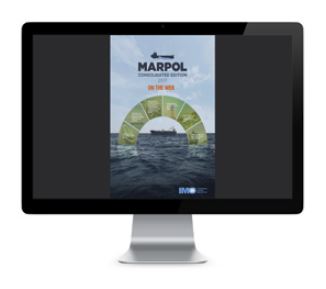